In the previous discussion, we have explained about the differences between VPS and Dedicated Server. Now on this occasion we want to continue the discussion about the server, both hosting services use a server. Then what is a server computer and how is it different from a normal computer? 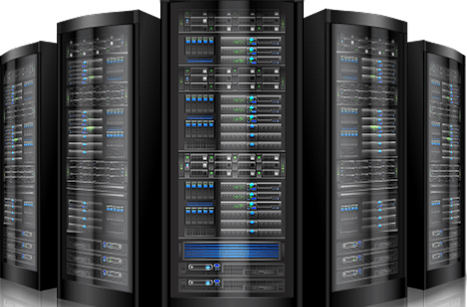 here we provide the characteristics of a complete server computer:

Because it is the center of all data and information, the server computer must have high specifications in order to be able to run all the processes requested from the client. For ordinary processor specifications using a lot of processor cores with high Ghz speed. For RAM, the capacity is definitely large because the task is to process all requests from clients and the last storage must be using a SSD with a large capacity.

Currently the most widely used server comes from the Linux OS because it is open source, for Windows is still inferior to Linux users because in terms of price for Windows server licenses have a more expensive price.

There are 3 important things in choosing a computer for server needs that have the most vital functions, not just any computer specifications can be used as a server. This is because the server has functions and tasks that are heavier than ordinary computers, here are tips on choosing a server computer:

When buying a computer, certainly what will be seen is the specifications of the processor. The processor on the server becomes the brain of the machine. So if the brain is good, the performance will be faster. There are 2 processor brands that are widely used as servers today, Intel and AMD, but from both Intel still dominates the server computer today.

Random Access Memory or RAM is temporary storage memory when the computer starts, so the greater the RAM capacity, the process will run quickly without waiting for the data queue and information to be processed. If possible you can find the biggest RAM capacity so that your server is able to receive large traffic as well.

The last thing is about storage space, you can choose to use a hard drive or SSD, but now it seems all have switched to using SSD to be faster when reading data on the server. For the amount of capacity you can adjust to the needs of the website that you are going to build, the greater the more expensive the cost you will spend on investing to buy an SSD.