Understanding How Linux and Ubuntu Work – Understanding how Linux and Ubuntu work may not be a difficult task to those who know programming like they know themselves, but to average non-geek people who are far from savvy when it comes to programming, it is simply a mission impossible sequence of task. This is due to the fact that not everyone has the ability to understand programming language, employ the appropriate source codes to get the system to operate the right task, and get used to the new do-it-yourself operating system.

Understanding the principles behind Linux

Linux has garnered quite a number of die-hard fans due to its flexibility and capabilities in a relatively short time. The initial operating system might have been conceived back in 1969, but it was not until 5 October 1991 did the Linux kernel being released by Torvalds. The operating system was initially developed for Intel personal computers, but for some reasons changed its course and then developed and released as Linux.

Unlike other operating systems in the market, Linux is built with an astounding set of principles that do not only govern but also unify, its open source nature gives users and developers flexibility, a wide range of capabilities, as well as security. Read more on how Linux and Ubuntu work.

However, the fact that Linux is in favor for command-line tools over the usual graphical tools in any other compiled operating systems proof to be a hindrance for people who are not familiar with language programming. Its Debian, the GNU distribution, also is not that much of help. For that reason, former programmers of Debian in the past gathered under Canonical Ltd to create a Linux operating system based distribution to bridge the gap between the kernel with non-experienced users. Ubuntu was then launched to target these non-experienced beginners and Linux first time users so that with a little to no knowledge of language programming, they will still be able to use the operating system and enjoy the benefits as well.

With visually pleasing interface and its own excellent desktop environment, Ubuntu soon becomes the greatest Linux distribution on personal computers, desktop and tablets. Not only does Ubuntu take the heavy lifting for first time Linux users and beginners when it comes to operating it, it also ensures the security and speed of each processing. This kind of competing experience is why people are attracted to find out how Linux and Ubuntu work in the first place. 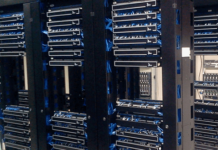 What you need to know about the Dedicated Server 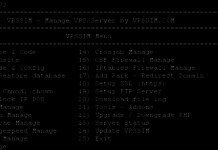 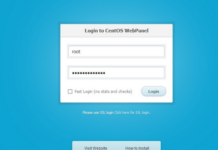 Get Close to CentOS Web Panel in VPS Linux