Understanding Linux and Ubuntu – What are Linux and Ubuntu? As far as majority of people know, in the world of operating system, there are only two big names: the ever so popular Microsoft, and Macintosh as the other counterpart. But regardless of how massive the advertising campaigns both Microsoft and Apple launched over the years as to cement their marks in the territories, to quite a number of people, the battlefield does not only belong to two of the aforementioned operating systems as there exists their favorite open source operating system: the Linux. 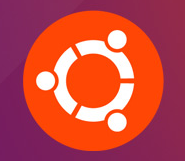 What it means by an open source operating system?

To be able to properly understand Linux and Ubuntu, we must first lay some foundation and define the description of open source operating system. An operating system is, as we know it, a platform on a computer which serves as the foundation for numerous programs. Allocating the program resources as well as monitoring are two of the main tasks of what we widely refer to as OS for short. When we execute a program on the computer, the operating system will then act as its supervisor in order to ensure said program has the adequate amount of needed memory, power and any other type of resources it needs to function properly.

Operating systems other than Linux are compiled, which means, while they are incredibly easy to understand for the respective machines, they cannot be easily figured out by many average users. This is exactly where Linux is different, it allows users to write source codes using the common coding language that is relative easy to understand.

So what exactly is Ubuntu?

Due to the fact that Linux always includes the source codes for its operating system, users are able to clearly monitor and see how their operating system works by a simple step such as downloading it. Although you must first learn and understand the programming language that Linux uses, there is simply no secrecy whatsoever when it comes to the Operating System. Many first time users may understand the above explanation, but it only leaves them with another question: the Ubuntu. It may seem difficult to understand in the beginning, but once you realize that Linux is a kernel and Ubuntu is none other than the distribution that is built over and also based on the Linux-own kernel, you will understand that the difference is night and day – and that, Ubuntu is none other than a collection of softwares. We hope this article helps you understand Linux and Ubuntu.