Each person must have something very in dreams, whether it’s a spouse, in the form of goods and others. No exception those hobbies to play computer games, definitely expect pc craving entertainment as an escort. Yep, I also so. Always look forward to getting the best computers. But there are times when we often choose the wrong, why? because of the lack of knowledge about computers and the wrong perception about your computer. 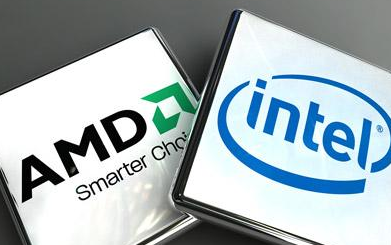 Here I will describe one of the devices is important enough either in performance or gaming. But I would emphasize is that of one of the computer’s processor, that’s his brain. The task manage existing data. Quickly or whether the computer relies heavily with the processor. So wrong not to select Yes.

In terms of gaming, this one device do not ignore. Don’t get wrong matey. There are two options for current processors namely Intel and AMD, which is better? come back to us, it is best that fit the bag. If I personally as best price/performance meet. That is to say price and performance was comparable.

Select the AMD or Intel, this comparison

AMD and Intel are indeed becoming a confusing choice, since both offer a variety of quality microprocessor products with many of the series as well as the types as well as different speeds.

Indeed for now, Intel still have percentages larger market mastery if compared to AMD. But that does not mean the quality not far than AMD Intel, otherwise the second brand has advantages and weaknesses or more specifically with the use of a different kind.

The advantages of AMD

may be many who think that AMD processors are faster with the heat or vulnerable even to overheat if used in a certain time. But this assumption could be true and could be wrong because currently many consider that AMD’S Quad-core is more stable than the heat issue series Intel Dual-Core.

When combined with the AMD Radeon HD graphics cards, graphics are high quality and very nice, even far exceeded with Intel. The company also produced a variant of AMD hardware that is directed toward economically with the price and performance ratio price comparison and exceeds the highest performance Intel. So regarding the price of AMD is indeed superior, proven to be the highest variant i.e. the Black Edition has a reasonable price but very high quality. But it’s not that cheapo.

AMD microprocessors are very widely known tough to run various programs of graphic design, video and gaming applications processor weight (depending on the capabilities of the processor series). So, if you are a graphic designer or enthusiast of the game heavy, feel free to use AMD. Recommendations of the best AMD processor is AMD socket AM3 + 9590 FX. AMD’S reputation as the processor and graphics card games are also getting up because many console game using it. For example the Xbox 360 with the ATI Xenos, PlayStation 4 with APU AMD 8 Core and AMD Radeon graphics cards for the Xbox as well as One with AMD APU 8 Cores with the same graphics.

The advantages of the Intel

Since Intel Corporation launched the product processor Core i3, i5 and i7, the company is increasingly popular and dominate the market far above processor AMD. Design of Intel microprocessor architecture that leverages the technology of Virtualization, Hyper Threading, Turbo Boost and are considered able to significantly lift speed and performance. Plus size 32 nm lithography and 22 nm also allegedly was able to save power as well as more stable making hot processor. Intel has long range variant of most products and the ratio of Clock/performance

is the best. Most people consider, that for the needs of multimedia such as video, Microsoft office access, sound, Intel is the best compared to AMD. Of course this kind of processor is perfect for those of you who work with an Office job that is super busy. Intel processors will give guaranteed performance and speed of access, plus more stable when used multi tasking, programming and others.

What is The Basic of Linux and Ubuntu?