This is the Processor Difference MediaTek vs P10 Helio Helio X 10. A very processor usage on the device’s current smartphone is a necessity. In addition to the large RAM, processor type and speed on a smartphone or tablet device is also a consideration in buying a lot of people. Do not even cover the possibility of consumers are more likely to choose the newest SoC in order to enjoy the latest features. 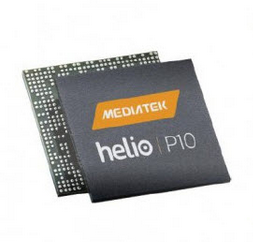 This time we will discuss the processor or SoC from MediaTek, among others are Helio P10 Helio and X 10. Both the SoC is indeed often used in some devices such as Smartphones, Xiaomi Redmi Note 2, whereas the P10 Helio reportedly already released but still some Smartphones that use it. More information:

Despite carrying the name with Helio, both of whom turned out to have different advantages why, what?

The second segmentation SoC has a distinct market segmentation. We know how Helio X 10 it is able to compete with the top smartphones with SoC Snapdragon 615 and 810 Snapdragon approached. We never test it using Xiaomi Redmi Note 2, and obtained results about 48,000 points more on the AnTuTu benchmark.

While Helio P10, SoC is intended for the use of more efficient than Helio X 10. With such consequences is not this SoC se-powerful Helio X 10. Both of them did have the same speed, i.e., 2.0 GHz, but the SoC is indeed more to the multimedia smartphone, unlike superior when Helio X 10 gaming and 3D rendering.

Camera. Matter of the camera, rather than reliable P10 Helio Helio X 10. Because the sensor cameras on Helio P10 features abound, such as Dual Image Signal Processor (ISP) with the addition of denoise, demosaic, sharpness and sharpness aka results photos. While Helio X 10 Dual ISP uses the old version.

It also supported resolutions on Helio P10 is capable of carrying the camera sensor of 21 megapixels with recording 24 fps. On Helio X 10 camera sensor being able to use a maximum of 20 megapixel camera with the ability to record up to 30 fps. But Helio X 10 excels at recording the video in high resolution, where the SoC is able to record up to 4 k resolution. This cannot be achieved because of the maximum resolution of the P10 Helio entirely only get Full HD 1920 × 1080 alias. More information:

Connection. Both support internet 4 g LTE super fast. But it turns out that both have components of LTE. On Helio X 10, LTE supported is a category 4 with the speed of download/upload of 150Mbps/50Mbps. Whereas on Helio P10, using higher components, namely LTE category 6 with maximum upload/download capabilities achieve 300Mbps/50Mbps.

However, the above also depends on the limitations and capabilities of each mobile operator. Because of our understanding that there is no cellular operator in Indonesia which is able to penetrate the internet 4 g LTE speeds of up to 300Mbps. that’s what each of the differences and advantages between Helio X 10 and Helio P10 hosts MediaTek. With different capabilities, the smartphone certainly brings both SoC has a distinct market segmentation. But even though it has announced in the final quarter of last year 2015, this new P10 Helio used by a handful of smartphones such as the latest Lenovo K5 Note that not so long ago we declared. Well, approximately, are Helio P10 and Helio X 10 is capable of competition between SoC smartphones now also jazzed up by Huawei with SoC, Qualcomm Snapdragon, and with Samsung Exynos with him? We just look at the performance of the P10 Helio once released to the market.