SSH: understanding what is SSH Secure Shell (SSH) is a protocol for cryptographic data communications network and other network services between two computer networks. The Secure Shell (SSH), sometimes also known as Secure Socket Shell, is a UNIX-based command interface and Protocol for secure remote access to your computer. 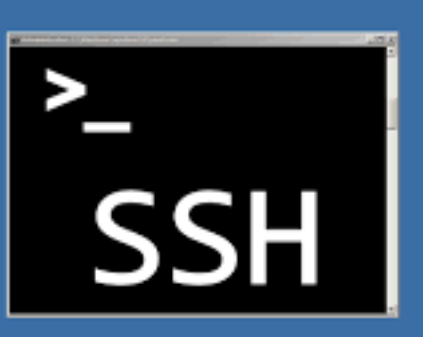 Broadly, SSH is used by network administrators to control Web and other types of servers remotely. The command SSH encrypted so that the data transmitted is secure. Both sides of the client/server connection is authenticated using digital certificates, and passwords have been encrypted.

SSH stands for Secure Shell. SSH uses port 22 for connecting your computer to another computer on the Internet. It is often used by network administrators as login/remote control to manage their business. server When you try to submit your financial information or documentation of internal business, it is strongly recommended that you only do this with this type of connection is SSL or SSH. SSH is the protocol encryption and special technology that is used to connect the two computers. Closed from tapping with SSH encryption (encoding) and connection scrambles data sent so there is no meaning whatsoever outside of the two computers.

SSH function can be used to replace the telnet, rlogin, ftp, and rsh, one of its main functions is to ensure the security in the conduct of data transmission on a network. SSH many exploited by various network admin in various parts of the world to control web and other network types such as WAN. This SSH functionality is actually made to replace the previous protocol which is considered particularly vulnerable to data. These protocols are rlogin, TELNET and rsh protocols.

Another function of the SSH:
1. Encrypt data sent
2. Protocol for data exchange in a network
3. Authentication mechanism to ensure the sender and the recipient is correct and safe
4. Confidentiality, ensuring the confidentiality of the data submitted in order to be known only by the recipient and the sender.