How To Fix Corrupted Unreadable Flashdisk. Flashdisk unreadable is an issue that is quite often encountered and could have been in the natural by anyone. Indiscriminately either flashdisk which is new and still in conditions of long Flash. Usually when a person is hit by the problem of unreadable or flashdisk is not detected generally assume that direct their FD has been damaged. So many are throwing away or lay the flashdisk. But there is still the possibility that Flash can be cured so it could be normal like it was before. 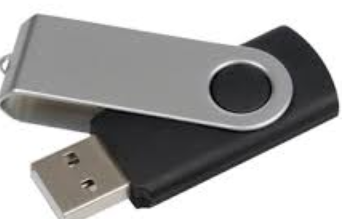 What causes Flashdisk can be broken? to answer the question that has to be done so then the review of various factors. One of the causes of that is due to the release of Flashdisk directly without eject. So result in a damaged Flashdisk chips even crashes on can flashdisk is damaged permanently. If it has been damaged permanently then very little hope of being able to recover as they are. In addition the release Flashdisk without going through the correct procedures can also cause Flashdisk write protected. If you are experiencing the problem that this last could read the following tips.

Before, what makes Your flashdisk is damaged or is not detected? If you carelessly plug-unplug your Flash from your computer. Usually the cause is because Flash is often stripped away without being ruled. Yes, Flash can be damaged if used on a random, or not in accordance with the procedures of usage. Therefore, to avoid this, they should make it a habit to do self safely remove any wanted to unleash flash disk from your computer or laptop so that the flash disk is not corrupt.

How to fix Flashdisk:

1. Just plug the USB pendrive to the USB to the computer or laptop .

3. Then the program will appear compmgmt, well now click that program.

4. next select the storage that is in the middle and then select disk management.

5. Usually Flash you would be detected. 6. select right and select create partition .

How to Troubleshoot “Internal Server Error