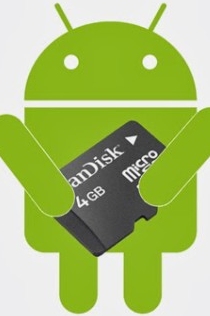 External memory or SD Card is indeed rated more efficient if it is used to store the data of our Android application, because we know the storage capacity of the internal memory is extremely limited, to low end class smartphones are usually not more than 512 MB, while the middle class end for smartphone is usually around 4 GB, and for premium class smartphone of 8 GB or even more on it. Although the internal storage memory is big enough as it is, with more and more applications and high-quality game of memory that will be depleted.

How to move Apps to SD with the Android application