Install ZPanel 10.1.0 to CentOS 4.0-x 86 – ZPanel is one of open source hosting control panel. First developed in the United States by Kris Anderson. Being able to run almost in all operating systems (Windows, Linux, and OSX) make ZPanel became one of the Control Panels of the most popular Open Source at this time.

ZPanel developed and helped extensively by forums and active community (http://forums.zpanelcp.com/). Although some time ago there was a problem with security at ZPanel, expected that issue had already been resolved in the latest exodus 10.1.1 launched early March 2014.

On version 10.1.1 ZPanel installation process is very easy, because the installer already uses bash script automatically. However, please note that ZPanel for Linux OS is only available on distro Ubuntu LTS and CentOS. And it is highly recommended to install ZPanel on fresh new OS install. Here’s how to install the Server on Linux: ZPanel

1. Login using SSH into the Server

For Windows users using PuTTY and Linux/OSX could use the terminal with the command.

The installation process will be automatically run, so the finished files downloaded.

After the installation process, the user will be granted the credential that can be used to access the CP ZPanel. The same Data can also be found in the folder.

after installation is complete, open a web browser, type the server address and enter the username and password that was provided after the installation process is complete. 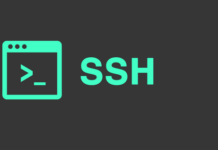