There are Two Tips how to Clear Cache on Your Android – Clears the cache left by Android applications that we often use or application that works automatically in the background is actually very easy. But for new users of Android it will prove quite difficult. Some benefits can a Smartphone and Android Tablet we feel quite a lot by clearing the cache. Include the system Android applications will come back fresher and cleaner, speed up internet connection of online applications to make Android a fast we don’t lag.

The cache is basically a type of temporary data that are used to speed up access to a particular application. Every temporary data from the use of applications that we have done is part of the cache. Then again, if the cache should be making Android faster because we are getting applications store temporary information has been required in order to open and run faster. But you have to know is the cache can be corrupted so that it will cause a problem in the application or even against Android itself.

How to clear Cache on (Clear) Android? 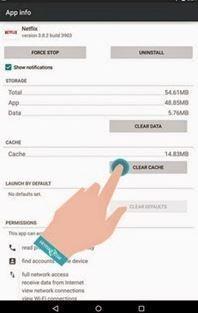 Each version of the Android it Jelly Bean Os, KitKat or Lollipop has a feature to clear the cache. The feature is the default features that we can use to clean the cache from a particular application. For example, if You often see more youtube video on the Android. then, suddenly Youtube application could not open then this is what you have to do as shown in the picture. Settings the Application Manager or > Apps search application that you want setting and then tap Force stop and tap Clear cache. 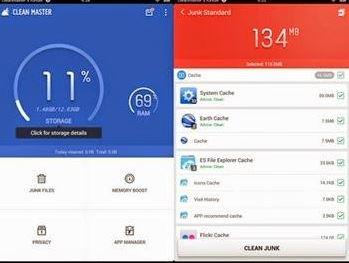 Install and use the application Clean Master. If the first way we should look for applications one by one then by clean master we need only touch one button and the application will automatically look for cache and junk files that have already expired or are considered aggravating Smartphone and Android Tablet. It will output a list of any application that already too much cache. From there, we can choose the applications that are in want to clean up. 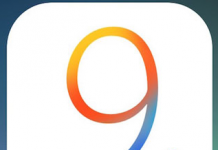 Various problems in the iOS 9.3 and how to fix it